My So Called Secret Identity, the product of writer Will Brooker and artists Sarah Zaidan and Susan Shore, is a comic that seems to blossom out of the implied fissures left by the mainstream comic genre. While its protagonist, Catherine Abigail Daniels, is remarkable for being a non-sexualised star who presents an image of womanhood rarely seen in comic books, she is no less interesting for the fact that she is one of the “little people” in her superheroic city. The big superheroes and villains of Gloria City would be the focus of any other comic; here they are relegated to the background, flying far above the very richly detailed urban world that Cat lives in. “Gloria City is a theater where these big figures fight, posture, pose and self-promote. And if you’re not in a costume and a mask, you’re just little people,” as the promotional summary says.

The story is set to tell the tale of Cat’s intervention into that theatrical landscape, and how she becomes a costumed heroine in her own right. The perspective shift here is dramatically enticing; I can hardly wait to see how this story develops.

Cat is a character I truly empathised with, and not just because we’re both pursuing PhDs or share (roughly) the same name. The way she moves through Gloria City is an interesting sight in and of itself; it reminds me of my marrow-deep relationship with New York in its manifold rhythms and beats, its light shows, its high and low art, and the scattered constellation of shops, parks, cafes, and corners that are my homes away from home. With an economy of words and a wealth of images, the observational Cat gave me quite a lot to see myself in. Her loving descriptions of bookstore stacks remind me very much of my own literary rhapsodising.

Those powers of observation are part of what Cat’s superpower is meant to be. As one of the creators, Will Brooker, said in an interview with Nerd Span, “It’s the way she can find the links between things, recognise the dynamic and the relationships between the people and places in her world, and realise how they relate to history, theory, politics, institutions and power. Just remembering stuff is impressive, but that isn’t really Cat’s skill. She links things up. She makes connections nobody else has seen, and interprets what those connections mean.” In other words, Cat’s superpower is that she has a sociological imagination. Please excuse me while I swoon.

Her struggles include militating with the oppressive supervillainy that hangs over Gloria City, yes—the first comic literally opens with a bang—but also with quotidian sexism brilliantly and economically sketched on a single comic page that could usefully serve as a definition of ‘microagression.’ She is told she ought to be less academically forthright and confident, constantly made to feel little and ‘modest,’ and thus it feels like quite a stirring victory when she confidently confesses what her superpower is: “To put it simply… I’m really, really goddamn smart.”

Having read through the first issue, posted for free on their website, I must say that this comic—Cat’s life, aspirations, and story—really speak to me. Her struggles at university, for instance, put me in the mind of a recent debacle involving a male professor of mine. Relatable characters are hard enough to come by, but one that actually reflects the textures of a real woman’s life as lived, and then proceeds to spin that tale into fantasy escapism, is truly priceless.

The groundwork is laid in this first issue for the action to come; you get a sense of Cat, Gloria City, and the terrorism that wracks it. It’s not hard to see where this comic is potentially going, and what is hinted at is quite enticing indeed. Can Cat subvert the ‘theatre’ of Gloria City’s superheroes and villains, and perhaps become a true heroine for the “little people”? I’d really, really like to find out.

The comic’s funding scheme, which solicits PayPal donations from the readership, is no less interesting:

Here’s where the money will go:

$400 pays Sarah for the painted covers, the painted interior colour, and the mind-blowing montage sequences

$100 pays Lindsay to update the website with new costume designs and character sketches in Cat’s Lookbook, each issue

That’s $1,200 per issue. We’re rounding it up to $1,300 because we want to make a donation from each issue to a relevant women’s charity.

For issue 2, we are giving to A Way Out, which reaches out to and supports vulnerable women and their families. Rather than offer a single lump sum, MSCSI will make a regular monthly donation as a partner. How much we can give, and how many charities we can work with, depends on the success of this project. The author, Will Brooker, takes no money at all from your donation, and writes this comic free of charge. 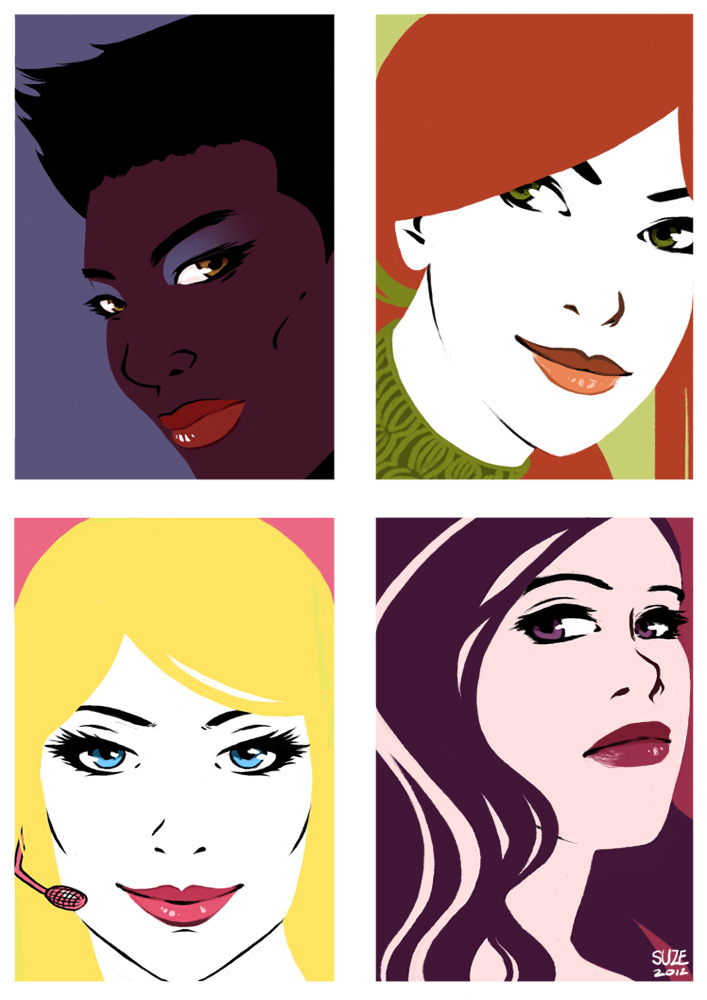 Combining social justice with fantasy superheroic justice; how can I say no? This project is in its infancy, but one hopes that this is the beginning of a beautiful saga. It isn’t often that I see a woman character I can really relate to in comics, least of all one who is the focus of the comic itself. Mainstream comics have had a few decent women characters here and there, but it’s rare that they take centre stage. One gets the sense that once Cat gets her superheroine druthers on no one will be able to steal the spotlight from her.

My So-Called Secret Identity, or MSCSI as the cool kids call it, seems to be the latest example of insurrectionist art that is pushing back against popular lies in mainstream cultural industries. Indie game designers are pushing boundaries without budgets, bending genres and showing us that, yes Virginia, feminine women can be badass video game stars. Increasingly, comic and webcomic artists are showing the way forward by doing much the same with their medium.

I'm a PhD student in Information Science at the University of Washington studying technological ethics and online harassment, as well as a widely published author and social critic who's even got a few sci fi stories out there. You can find my work everywhere from Polygon to Rolling Stone, and at my fortnightly column on Gamasutra. View all posts by Katherine Alejandra Cross

One thought on “The Academic Superheroine: A Review of “My So-Called Secret Identity””