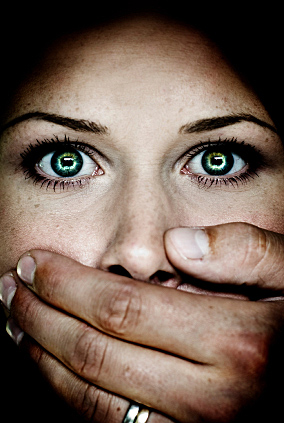 It was a whisper, a murmuring, but an audible one in a few news outlets ranging from the BBC to the New Yorker. A recognition of something oft unregarded, unreported, and unnoticed.

The rafts of journalism produced by the case of IMF Chairman and Socialist party patriarch Dominique Strauss-Kahn has taken a variety of angles on his alleged rape of a hotel chambermaid in New York City except that which may matter most: the perspective of the maid herself. The whisper and murmur I heard was the fact that journalists were noticing this. Philip Gourevitch of the New Yorker said the following in his blog about the French reaction to the rape case:

Listening to the political classes attempting to come to terms with the destruction of Dominique Strauss-Kahn today, I heard hardly a thought for his accuser. It seemed a good measure of the depth of France’s political malaise that it took a Le Pen to show solidarity with the working woman against the Socialist Party’s favorite son.

Emphasis mine. This is the great invisible wall of silence that surrounds rape in our society and puts the lie to any notion that men accused of rape are automatically condemned at the end of a woman’s pointed finger. That a few journalists are at last speaking about this, albeit in hushed tones tucked at the end of articles, is heartening. But it calls attention to the glaring absence of concern for the victims of rape, or even those who- in the public eye- come to be known by the title of “accuser” with all of its hectoring, negative connotations.

In all of the commentary out of France over the last few days what we have seen in cavalcades of speech and soundbites is concern for the IMF, for the reputation of France, for the fate of the Socialist Party. Yet none have said, even with due deference and qualified tones, something to the effect of: “if the accusations prove true, my heart goes out to the victim of this horrendous assault.” We are instead fed the lie that “innocent until proven guilty” or scrupulous neutrality in general means to assume that Strauss-Kahn is the victim of some set-up. To dare to suggest that it is, in fact, likely he raped that young chambermaid is to be hopelessly biased. To say you believe a conspiracy has netted him and that he’s just not that kind of guy- as many French politicians across its political spectrum have- is ‘neutral’ and ‘unbiased’ thinking.

To clutch one’s pearls about France’s reputation but not spare a thought for one moment that this young woman’s reputation may be forever tarnished by this case is supposedly fair and balanced.

To look at the comment sections of many news websites is to find armies of people- mostly men if the screen names are any guide- saying that Strauss-Kahn is innocent until proven guilty, propounding on their virtuous fairness and neutrality, refusing to rush to judgement and so forth. All while saying that some invisible mass, some nebulous powerful force, is presuming him guilty. It is difficult to fathom what it is these people are seeing when most commentary on these articles appears to assume Strauss-Kahn is innocent. As has been said, it is no more neutral to say you believe he didn’t do it and that such a crime is ‘far fetched’ than it is for me to suggest it is, in fact, very likely.

Strauss-Khan has a reputation of sorts. Ironically this is being touted as precisely the reason it would make sense to ‘set him up’ with a false rape accusation. It’s a nightmare that the man himself nursed according to an interview with the newspaper Libération:

Strauss-Kahn then volunteered to the journalists a hypothetical example of something that could bring him down: “A woman raped in a parking lot who is promised half a million euros to make up her story.”

Yet this is rarely described as ‘far fetched’ and ‘fanciful’- even though it is. Malicious false rape accusations- charges made by a woman who knows she was not raped, and is intentionally setting up a man- are exceedingly rare[1]. 500,000 Euros is rather a pittance for leaping headfirst into the jaws of a misogynist media that will eviscerate, with glee, a lying temptress- the figure of many a male nightmare. Most women, even those who have not been harassed, assaulted, or raped, know all too well that there is no joy in dealing with the criminal justice system (whatever country they may live in) when it comes to charging a man as their assailant. To say nothing of that fact that generally women are simply disbelieved. We are the “accusers,” magically transmuted into the active one doing something to a man, rather than reporting something done to us. This is, again, considered a scrupulously neutral posture on the subject.